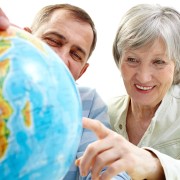 There is actually an e-magazine called The Centenarian that concentrates on that demographic.  It is hard to believe but that section of the population is the fastest growing sector of the global population.

“In total numbers the United States has the most centenarians with current estimates as high as 72,000. If the population of centenarians continues to increase at its current rate of expansion there could be close to 1 million people of 100 years of age or more by 2050 residing in the US. “

There are about 450,000 people over 100 years-old worldwide right now and if current trends continue (a big if) the global population will reach 3 million by 2050. END_OF_DOCUMENT_TOKEN_TO_BE_REPLACED 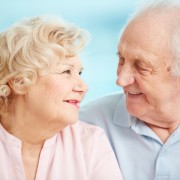 So what have hospice workers learned about living. Day after day they care for those who are living their last days and moments. What do they hear over and over?

Four things tend to be the consistent advice from the dying: END_OF_DOCUMENT_TOKEN_TO_BE_REPLACED 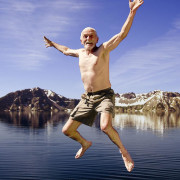 Facing a Move to Assisted Living?

We have heard it said that life isn’t about waiting for the storm to pass.  Life is about learning to dance in the rain.    And that is so true when you are facing physical or mental decline and you need to make changes to adjust.

Just as in any challenging time of life, you can decide to smile, roll with the punches and spread joy, or you can frown, resist and be miserable. END_OF_DOCUMENT_TOKEN_TO_BE_REPLACED

Let’s talk about the unspeakable…  Your Death.

“End?  No, the journey doesn’t end here. Death is just another path… one that we all must take.”
― J.R.R. Tolkien, The Return of the King

Some die suddenly.  Yet for many the process is slow.  They move from mentally able into Alzheimer’s Disease or some other form of dementia.  Cancer, Heart Disease,  Lung Diseases  can all cause a slow decline when toward the end the patient is not fully aware or able to make good decisions.

Sometimes the line for when to stop treatment and to begin releasing into death is not easy to see or recognize.  A good book on this topic of end of life decisions and treatment is Being Mortal.

Very often in a long illness or a long life, our cognition goes before our body.  That is why it is so imperative to have the dreaded end-of-life discussions sooner rather than later. END_OF_DOCUMENT_TOKEN_TO_BE_REPLACED 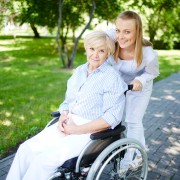 April is Parkinson’s Awareness Month.  So it is time to learn a few things about the disease.

“Parkinson’s disease is a chronic, degenerative neurological disorder that affects one in 100 people over age 60,” states the Michael J. Fox organization.

While the average age at onset is 60, people have been diagnosed as young as 18.

Testing for Parkinson’s disease is not definitive.  This means the rate of misdiagnosis is relatively high, especially when the diagnosis is made by a non-specialist.

The number of people living with Parkinson’s disease (PD) varies.  Recent research estimates that at least one million people in the United States have PD.

Currently research is showing that Parkinson’s can be genetically passed on or caused by environmental exposure to toxin(s).  But there is no definitive proof.

The single biggest risk factor is getting older.  We have heard it said, “You have to put up with the symptoms of aging if you are going to live a long life.”

Research continues to find associations, but not causation.  For example: smoking; caffeine intake; pesticide exposure; and head injury have been found to be associated with PD.

As the symptoms increase, victims will need the help and support of family and friends.  A comforting community like Kiva Assisted Living, can provide the social interaction every human needs while providing compassionate assistance with the tasks of daily living. 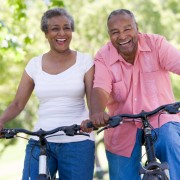 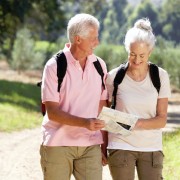 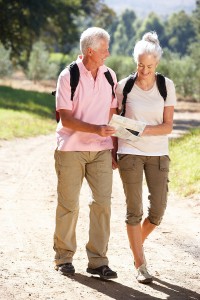 According to the CDC, cases of syphilis and chlamydia are on the rise in senior citizens in the U.S.A.

Why?  Seniors are living longer and healthier lives, they are more active in many ways.  And along with a more active lifestyles, they have access to erectile dysfunction drugs.

Many post-menopausal women think that condom use is unimportant because pregnancy is not an issue.  But older people have weaker immune systems and skin and tissues become thinner and more apt to tear easily, exposing the blood to any pathogens.

Medicare offers free screening for sexually transmitted diseases (STDs) and provides low-cost treatment for those who test positively for an STD.   Doctors and Nurses should include discussing STDs with seniors as part of their healthcare and wellness visits.  Education is key to building awareness and taking wise precautions is key to reducing the number of new cases.